[Ontario] is a great data point to demonstrate that it is hard if you don’t have first-mover advantage.Less than three weeks after DraftKings had its long-awaited launch in Ontario, CEO Jason Robins said the province’s two-month-old market for online poker, casino gaming, and sports betting has so far proven to be a textbook example of the early bird getting the worm.

On Monday, Robins told attendees of the Goldman Sachs Travel and Leisure Conference that company executives are routinely asked why DraftKings didn’t enter the market on April 4.

“We got asked a lot, 'Why didn’t you drop everything and make sure you got live in Ontario on Day 1?” Robins said. “We were up and running a little over a month after the others, so it wasn’t like we were way behind.

“The reason [for DraftKings’ late launch] — and it’s been playing out this way for everybody, for the most part — is that Ontario was not like a new state. It was not 'Hey. Everybody is starting from the same place.’ First-mover advantage is really important. Ontario had a grey market for operators for many years. There was no 'penalty box’ [for operators taking bets from offshore]. Those operators just got licensed and continued operating.”

CEO: Hard to Compete If You’re Not In Ontario Market Early

On several previous occasions, Robins has made the case that DraftKings will initially be at a disadvantage in Ontario because it wasn’t previously active in the province’s grey market. Meanwhile, several of its rivals have had years to build up customer databases.

The CEO explained its approach during DraftKings’ Investor Day presentation in March 2021 and again during an earnings call in February. This week, he told the Goldman Sachs audience that Ontario “is a great data point to demonstrate that it is hard if you don’t have first-mover advantage.”

“You may have a good product and all that — people will leave if it’s inferior,” Robins said. “But once you’ve got them, they’re sticky. I think Ontario’s proving that — you have some good companies and good products that have entered there.

“Eventually, I think everybody that’s doing a great job will get their fair share [of the market]. But I don’t think it happens overnight. Even if you look at what we’ve projected, we’ve said Ontario is a good 1,000-basis points less market share for us long term, and it’s for precisely this reason.”

DraftKings Trying to Rebound in Terms of Downloadable App

According to data from the website SensorTower, DraftKings Sportsbook was number one in iOS downloads on May 20. It was number two for three of the next four days before dropping to sixth place on May 25 and ninth place four days after that.

After a slight recovery over the next several days, downloads dropped to 10th place on June 3 and 11th place on June 5. The ranking has since rebounded to seventh place on Wednesday, the SensorTower data show.

Last month, data from SensorTower showed that bet365 and theScore Bet were dominating in terms of downloads in March. It’s widely expected that those two operators will remain ahead of their competitors for at least a few more months. 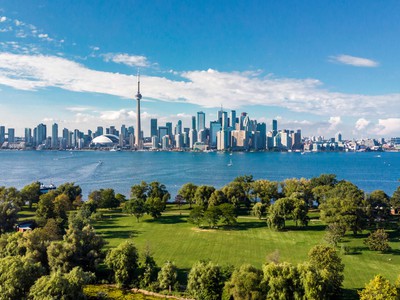