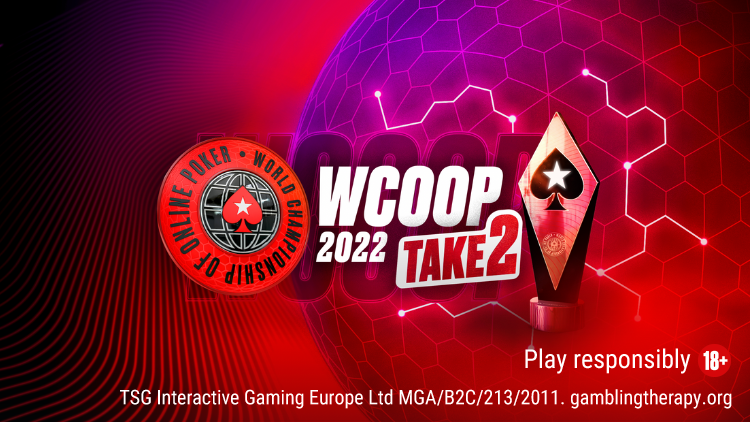 There are few online series as big as PokerStars' World Championship of Online Poker (WCOOP). This year, it took a little longer than usual to finish it out after technical issues forced a halt on the final weekend of the series, but its Take 2 weekend has now brought the series to a close on a high note.

Canadians figured prominently in the WCOOP standings this year, with 15 titles going to Canucks throughout the series. There were $108 million in prizes, though some of that money had to wait until the final weekend resumed.

The initial running of PokerStars’ marquee series went smoothly for most of the run, but as the series moved into the grand finale, which included three big Main Events, things went off the rails and a major DDoS attack forced the action to come to a halt. That left several big tournaments unfinished, on top of the three levels of the Main Event, but there was no way PokerStars would leave it at that.

Once the system was back up and running, the WCOOP Take 2 was scheduled to make sure the 2022 WCOOP was completed. The final weekend of play is now in the books, bringing the series total to more than $108 million with almost 1.2 million entries.

That put the Main Event High almost 9% above the guarantee, but it was not the best performer of the series in terms of percentage increase. The honor went to WCOOP 20-L: $55 Take 2 Closer, $125K Gtd. The tournament ended with 14% over the guarantee, with $142,550 in total prizes.

Overall, the Take 2 weekend came close to hitting its total guarantees. There was $19,830,000 guaranteed during the rebooted final weekend, and in the end, there was $19,794,780 collected — less than $100k off the mark. Given that there was $251k in fees collected from the Main Event Low alone, the small shortfall should not be a concern for the operator, and it gave players some extra value in several tournaments.

Only a third of the games on the Take 2 weekend broke their guarantees, with 12 events missing the mark. That said, most of them missed by minimal amounts.

Canadians had a solid WCOOP overall but did not figure among the winners on the Take 2 weekend. Still, over the entire 2022 WCOOP, players from Canada bagged 15 titles. Since Ontarians were not eligible to play in the global WCOOP series, there was one title for every 1.6 million eligible Canadians.

With more than $108 million in prizes, this ended up as the second-biggest WCOOP of all time, trailing only last year’s $122 million event.

WCOOP is now in the books for 2022. It took a second installment to wrap things up, but with more than $108 million in total prizes, it was yet another massive championship series. See below for the full results from the Take 2 weekend and some numbers for the 2022 WCOOP.